No April Fools here! DJ Greg Hignight and I of Tune in Tokyo will be DJing the big Saturday night dance at Tekko in Pittsburgh, PA on the 18th of April. We’ll also be presenting two panels at the convention on J-Pop, K-Pop, and the global music industry. Ought to be a blast! 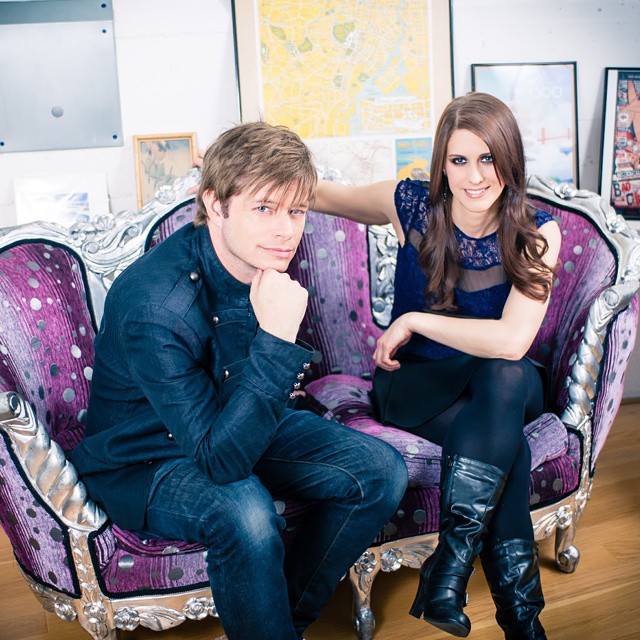 San Bernardino’s KVCR 91.9 FM interviews writer/actor Allyson Floyd on her extensive critical examination of the manga and anime series “Fullmetal Alchemist.” Part of KVC-Arts, airing the first Friday of every month at 91.9 FM or at kvcr.org.

“Tune in Tokyo Club presents HEMISPHERE” is coming up this Saturday!  Come check out J-Pop, K-Pop and Global Indie and Electro, plus special guests Apocalipstick at the Nirvana Bar & Grill in Little Tokyo!  DJs Greg Hignight, Del, Tora and Ally (me!) will be behind the decks!

In the words of DJ Greg Hignight, “TUNE IN TOKYO is back Fall 2013! LA’s original J-Pop + K-Pop showcase returns with an all-new event featuring DJs Greg Hignight, Del, Tora, Ally & special guest DJs from the Tune in Tokyo crew, plus the best in cutting edge Jrock and Indie bands live! More details are on the way soon. If you like J-Pop, K-Pop and Asian Rock, get ready for our big relaunch this fall! Be sure to like Tune in Tokyo Club on Facebook for updates.”

It’s going to be great fun, I guarantee it!  More news and a new photo shoot to come! 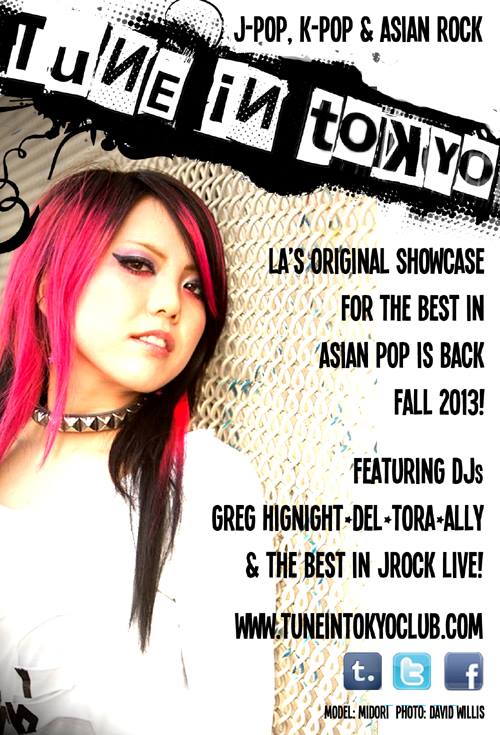 In addition to my two panels, I’ll be hanging out at the Broken Spirits booth in the Exhibit Hall at Anime Expo for most of the day on Friday, July 5.  Come and visit us!  There’s also a new trailer out HERE.

I’ll be participating in two panels at Anime Expo 2013, which takes place July 4-7 at the Los Angeles Convention Center.  If you’re already going to the convention, I hope to see you there!  If not, what are you waiting for?

The first panel is part of the Anime and Manga Studies Symposium, where I’ll be presenting and talking about an academic article I wrote entitled “Fullmetal Alchemist: A ‘Western’ Story Influenced by Japanese Sensibilities.”  It will be at 1:30 p.m. on Saturday, July 6, in Live Programming 4 / LACC 411 and will be one part of a two-part panel called “Borrowing and Changing: What and How Anime Takes from the West.”  You can find out more under Academic Lectures on the AX website.

The second event is a 20-minute Sneak Preview of the indie film Broken Spirits, in which I play the part of v-logger Erin White.  It will be at 12 noon on Sunday, July 7 Video 1 / LACC 403, followed by a Q&A.

Both events can also be found on the AX Event Schedule.

Welcome to my new website! Still a work in progress.

This past weekend I was fortunate enough to make it to NYC for L’Arc-en-Ciel’s concert at Madison Square Garden.

I wrote a review of the MSG show for Kirin Media.  Check it out: “L’Arc-en-Ciel Rocks Madison Square Garden”

The NY Times also published a great review: “A Debut in New York, 20 Years in the Making”

Now they need to come back so I can see them again!  When do we get a Los Angeles show?! 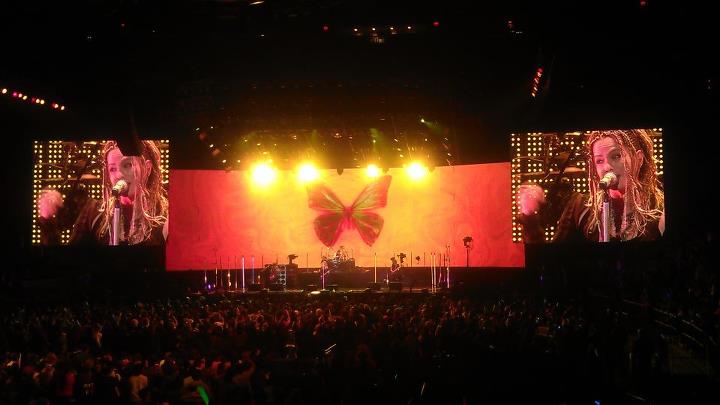 Anime Expo gets into full swing tomorrow at the Los Angeles Convention Center! Tune in Tokyo will be playing on Saturday night at the Club Nokia VIP Lounge. To prepare, check out our interview with AX Live!

As announced by Anime News Network, Tune in Tokyo will be hosting the Saturday night dance at Club Nokia’s VIP room as part of Anime Expo. Come and rock out to some world class global pop music at the country’s largest anime convention!